Starburst is an arcade-style online slot that is entirely based upon wild symbols. Powered by NetEnt, the innovative company who have plenty of knowledge in the online casino industry, Starburst slot game was released in 2012 and has remained a popular choice with online slots enthusiasts – but why?

Simply gameplay and relying on nothing but base game wins throws up a few exciting moments, but don’t just take our word for it. Created to have 5 reels and just 10 win lines, Starburst slot machine welcomes bets from low stakes players and high rollers alike.

Playable across all devices and from 0.10 a spin to as much as 100.00 a spin, there’s plenty of ways to pick up a win when playing Starburst online slot.

Why is the Starburst Shot so special?

Fancy a trip into space? Starburst is by far the most popular way for online video slots fans to explore the galaxy. The NetEnt slot must have racked up hundreds of millions of spins from countless satisfied fans who love its quality graphics and sound and the chance of a galaxy-shaking win.

NetEnt is one of the biggest names in the online casino world. They are behind around 200 games currently on offer in online casinos, including Gonzo’s Quest, Vikings, Jingle Spin and titles in every conceivable slot genre.

NetEnt hit the jackpot in 2012 when they fired Starburst into the slots universe.

The game is – at the time of writing in December 2012 – the top-ranked game in all online casinos. That’s an achievement for a newly released game, let alone one that’s been in the novelty-hungry world of online gambling.

The reasons why players love it are instantly apparent when you load up Starburst.

There are few better-looking games in the world. Despite its relative simplicity, Starburst takes you to other worlds with quality and style.

Even the soundtrack is great!

A top prize of 50,000 coins is also something to shoot for, but you can ante up and play for as little as 10p in the UK. The theoretical return to player of 96.1% is competitive in the current market and pay-both-ways pay-lines offer a twist on winning formulas.

A pleasure to play Starburst

Everything about Starburst online slot game is easy to use – the controls have helped to set the template for the current standard.

Expanding sticky wilds and a big free spins round give the required variety in gameplay.

Check out Starburst for free and then get staking and playing at your favourite Starburst casino site now.

There’s nothing worse than finding an online slot and ploughing real cash into it and then realising you don’t know how to play it or worse still; you don’t like playing it, so this is where the NetEnt Starburst free play demo comes in. The only difference between the free play and real play slot machine is the fact that you can’t keep what you win when you play for free.

The advantages of a ‘try before you buy’ demo are simple; you get to experience first hand exactly how the game is played, how the features are triggered and work and how to land big wins. This popular slot machine will allow you to experiment with bets too, so if you’re usually a conservative stakes player, you can enjoy risk-free bets and play maximum bets per spin, to see what it’s like to play from a high roller perspective.

Design and Theme of Starburst

The reels of the game will transport you into outer space, thanks to a galactic design with cosmos features. Styled in a 3D format, the Starburst slot machine offers a pleasant player interface, with no cluttered screen.

Each of the five reels bears three dazzling symbols and to the left and right is where you will find those win lines. When you trigger a win, a strike of lightning will pierce through the symbols to highlight how you won – which is a nice little touch.

The lower of the screen is where you will find the control panel. The ‘I’ icon features the rules, payouts and details on how to trigger the only feature of the game.

Bet level can be adjusted from 1 to a maximum of 10 and the coin value starts at 0.01 and 1.00 – adjusting these will allow you to set your bet, which will then be shown in the bet box and via a smaller menu bar beneath the control panel. Your balance, bet and wins are always shown on the sub-menu.

Amethyst, sapphire, amber, yellow diamond and emerald are the eye-catching gems and jewels spinning around the reels. Other symbols include the iconic number 7 from traditional slots and of course a bar. One final symbol which is also the star of the show; the flower wild can appear on reels 2, 3 and 4 only.

Amethyst and sapphires are the lowest paying symbols, with the following payouts

Amber offers slightly more than its predecessors, with the following coin wins

Next up you have the emerald, awarding the following

Yellow diamonds are a rarity, with some dazzling wins

That golden bar is the most valuable symbol, with the following wins

There is just one bonus feature to the Starburst slot machine and whilst it can appear to be a little mean, it’s really rather rewarding. Starburst wilds appear on reels 2, 3 and 4 and not only do they substitute for all other symbols to create wins, but they also trigger free respins. The special wild symbols will expand over the reel and trigger the respins and should three appear across reels 2, 3 and 4, you will be granted three respins. The respins feature will continue for as long as new Starburst wilds are found.

One very lucrative feature which can be overlooked is the win both ways function; this means you can trigger wins from left to right as usual and from light to left.

Playing Starburst slot on mobile is very similar to the desktop slot machine. Once you launch the game, you can decide to play in landscape or portrait mode. You’ll be required to swipe up to allow the game to fill your entire screen. When playing in portrait mode, the reels of the game are compact and fit to the top half of the screen. The spin button sits to the bottom half, along with your bets, wins, bankroll and coins in play. Home, menu options and sounds are situated to the top of the screen and can be accessed with a single click.

When playing Starburst slot in landscape mode, you’re given a better overall experience. The reels of the game fit the entire screen and you are able to view pay lines and the glorious design behind. The spin button will partially cover the very rightmost reel, but once pressed, it will disappear until the reels come to a stop. Again, the control panel and menu options are housed to the lower of the screen.

Our Verdict about the Starburst Slot

Stunning visuals, great graphics and a mix of vibrant colours and a rich soundtrack appeal to the masses on a daily basis. Regardless of the chosen Starburst casino, you will find it placed within the hot spots or popular slots categories.

Gameplay is simple and there’s nothing too taxing to get your head around. Look out for those wild symbols, because with wins flowing in both directions, you could hit some colossal cash wins – whether you bet big or bet small.

Most of the wins will come during the base game, but the biggest ones are reserved for the Starburst Wild Respin feature, which is probably why they don’t like to make themselves visible too often.


Play at LeoVegas
Ready to turn the fortune in your favour with Starburst? Play now at LeoVegas 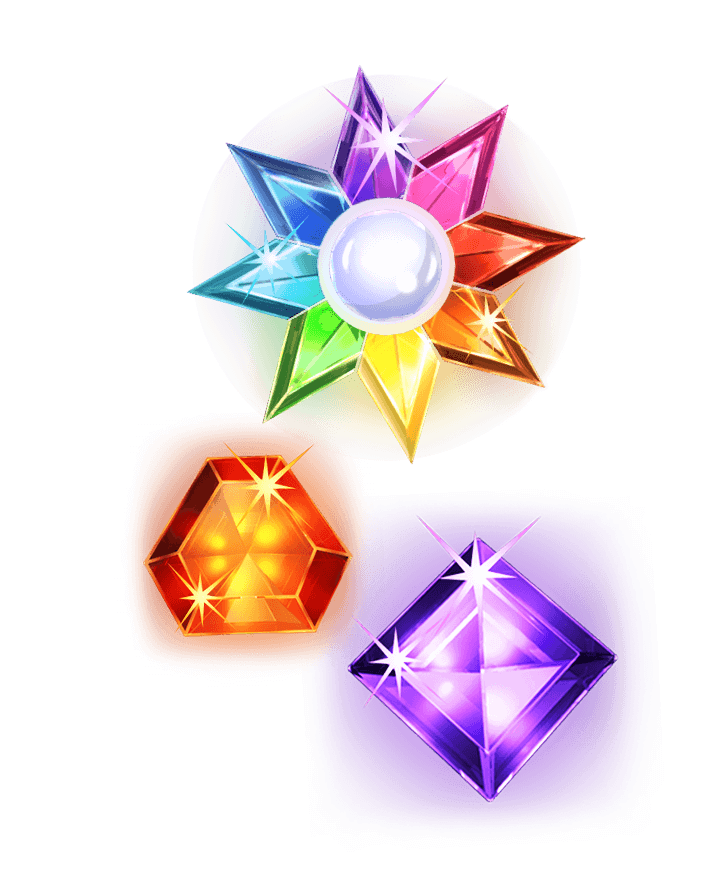