Mega Moolah slot machine, the Microgaming powered online slot has been delivering life-changing jackpots since November 2006. Featuring 5 reels and 25 win lines, players can head out into a wild safari like no other, to brush up alongside some of the biggest and most fierce creatures to grace our lands. Endangered species can trigger some colossal cash, but not as big as the progressive jackpots waiting to be won. There is a total of four progressive Mega Moolah jackpots offered, each increasing in value as the game is played. Not only that, but you’ll find wild symbols, scatters, multipliers and free spins where all wins are tripled – oh, and a base game maximum win of 225,000 coins.

Why is the Mega Moolah Slot so special?

The most famous slot game in history?

Mega Moolah is a progressive jackpot slot. That means that small amounts from players’ stakes wherever the game is played are pooled to make these massive prize pots.

This has made Mega Moolah arguably the most famous slot game in history. It has whole fan sites dedicated to it, news feeds full just of Mega Moolah wins.

And they keep coming. Wins in the millions are becoming relatively common, and as those stakes keep coming to the machines – which every online mobile casino now wants on its front page – the jackpots keep growing and growing.

Sadly, there’s no secret to hitting the big wins on Mega Moolah. It’s a matter of luck and luck alone. Playing the game often will increase your chances of winning, but from spin to spin the odds will stay the same.

The game itself is relatively simple and, if we’re honest, not one of the best slots on the market by any means.

But this is a case where quantity beating quality is completely understandable because the quantity comes in millions and is cold hard cash!

Mega Moolah is one of the most popular slot machines

Bets at Mega Moolah will suit low stakes players more than high rollers, what with bets as low as 0.25 to as a maximum of just 6.25 a spin accepted. The more you stake, the more you can win and the more chance you have of triggering the progressive jackpot bonus feature.

Which bonus features award the most cash? How often can you benefit from free spins? Which symbols pay the most? All these questions and more can be found within our review. Read on to maximise your chances of winning, but getting to know the ins and outs of the Mega Moolah slot machine.

There is a free demo version of Mega Moolah, which will, of course, play out as if you were playing with real cash – but you won’t be able to keep what you win! The layout and gameplay of the free Mega Moolah slot demo are identical to real play. Giving yourself a better understanding of how the game is played, how the features work and just how much can be won from low and high stakes, by choosing to play for free.

If you’re an online slots player who loves to play conservatively, you can experiment with higher bets, without actually risking your bankroll. Use Autoplay and turbo modes to witness automatic and faster gameplay too.

Design and Theme of Mega Moolah

The 5×3 reel set up at the Mega Moolah slot machine will take you into the heart of Africa, where endangered species live in harmony. Boasting an animated theme, players can virtually walk tall alongside giraffes, hunt with lions and benefit from Blackmagic from the voodoo lady. As the sun sets over the hot, dusty arid landscape, the animals start to prance around and when they do, you could be in line for a huge windfall. The soundtrack is basic, providing sounds on birds and various animals when they create a win line, but should they get a little too annoying, you can mute them via the speaker icon to the top right of the slot machine.

Before setting those reels in motion, you should decide on how much you should spend per spin. Win lines are adjustable, but we suggest leaving all 25 in play and adjusting the coin and bet value instead because reducing win lines will effectively reduce your chances of winning and your chances of bagging the bonus features – not to mention the progressive jackpots! Talking of jackpots; sitting pretty to the top of the reels are four dazzling pots; these are the jackpots that can be won on any spin – how exciting! Pay lines are highlighted to the left and right of the reels in various colours, which will strike through the symbols when you spin in a win – a nice little way of showing you how and what you’ve won.

How to Play – Mega Moolah Symbols and Pay Outs

Let’s start with base game wins to keep things simple. The lion is the highest paying, awarding up to 15,000 coins for a win line of matching symbols. Medium value symbols are:

The roaring lion is not only the highest paying symbol, but he is also a wild symbol. Wild symbols substitute for all other base game symbols (bar scatter), to create wins and when he does create wins, the wild symbol will double your win. Scatter symbols are the funny-looking voodoo lady; she has the power to grant free spins. Scatter pays are awarded when two or more symbols appear across the reels, but when three or more scatters appear, you will be grated 15 free spins with all wins tripled. Free games can be re-triggered indefinitely.

To stand a chance of winning one of the four progressive jackpots featured, you will just need to spin the reels. There are no special symbols needed because the progressive jackpots are awarded randomly in any spin – whether you win or lose! The higher your stake per spin, the more chance you have of triggering the bonus game, so bear that in mind. If you’re lucky to trigger this exciting bonus feature, you will notice a special screen appear and it will cover the reels. A bonus wheel with four coloured sections will initiate you to spin it – and whatever colour it lands on, that will be the jackpot you win! The great news about this bonus is that if you trigger it – you’re guaranteed, yes GUARANTEED one of the four featured jackpots!

Playing Mega Moolah game on mobile is almost identical to playing on a desktop computer. The layout, gameplay and options all remain the same, but there are a few minor differences. The control panel to the lower of the reels displays your bankroll, bet adjuster, wins and the spin button.

To view the paytable and the rules, you will need to swipe the screen to the left. Swipe to the right to bring up an additional screen with more betting options (which are not shown on the main screen), sound options and a quick spin. Trying to bet max on mobile from the control panel, will only welcome bets of 1.25 a spin, if you wish to bet more than this, you will need to swipe right and adjust the coin per bet and line options.

Mega Moolah online slot will always be a firm favourite in the online casino industry, despite it’s thrown together animations and design. The bonus features are designed to draw punters in, but they won’t appear too often – you’ll be lucky if you get to trigger the progressive bonus once in a blue moon! We have been playing Mega Moolah since it launched all them years ago, and only recently got to witness the progressive bonus feature. Sad to say, we only managed to win the minor jackpots (orange) which boosted our bankroll by just over 100.00. But, maybe we were just unlucky!

Base game wins throw up some rather generous prizes, especially when the lion comes into view. Voodoo ladies are pesky little blighters that like to tease, but persistence should pay off in the end. All wins are tripled during free games and the feature can award even more if you manage to pull in more voodoo ladies that is. Despite bets being capped at just 6.25 a spin, you will need to look after your bankroll, as base game wins are small in value more often than not and those bonus features like to remain hidden for as long as possible.

A progressive jackpot of over 18,000,000 was won by some lucky devil in September 2018, making it one of the largest paying cash jackpots from the slot. Try Mega Moolah today, you never know – you could be the next big winner!


Play at LeoVegas
Are you becoming a Millionaire with Mega Moolah? Play now at LeoVegas 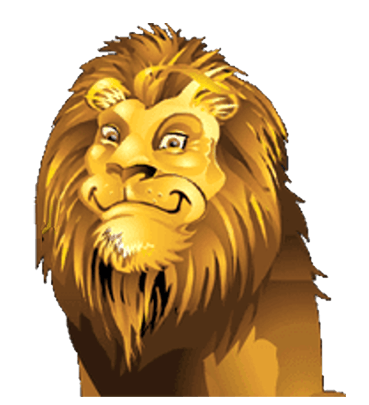