The video games industry is a massive one and one of the top gaming creators; Ubisoft has been in the midst of a censorship row over the content of Tom Clancy’s Rainbow Six Siege gaming title. Now, Rainbow Six Siege is not a new video game to hit the market, having been available to play since 2015, so why is it only now being hit with aesthetic changes? The Asian gaming market is the reason for the changes and rightly so, the players who already enjoy the core content of this tactical game are not happy whatsoever! Ubisoft the French video game company which is known globally for several acclaimed video game franchises, including Assassin’s Creed, Just Dance, Far Cry, Prince of Persia and Far Cry have released a news update for its customers, to warn them of the upcoming changes to the tactical shooter game.

For each phase of the game, players can choose one of the 30+ attacking or defensive operators, each with his own specific gadget and playstyle. Build the best team possible by selecting operators that complete each other. Take part in intense close quarters combat on a variety of maps around the world. No two are alike so you’ll need to adapt your strategy, tactics and choose your operators accordingly.

Rainbow Six Siege is a PEGI 18 rated game which is described as;

“The adult classification is applied when the level of violence reaches a stage where it becomes a depiction of gross violence, apparently motiveless killing, or violence towards defenceless characters. The glamorisation of the use of illegal drugs and explicit sexual activity should also fall into this age category. Games rated 18 have increasingly more realistic-looking violence, sexual expletives or blasphemy. The game contains elements that encourage or teach gambling. These simulations of gambling refer to games of chance that are normally carried out in casinos or gambling halls. There is explicit sexual activity in the game.”

The warnings are already imposed on the game before you commit to buy or play, so why are Ubisoft amid a censorship row? There are changes coming to the game to please the Asian market, which means players will lose a lot of what they love about the game.

Commenting on the upcoming changes, Ubisoft said; “We are currently working towards preparing Rainbow Six Siege for expansion into Asian territories. As such, there will be some adjustments made to our maps and icons to ensure compliance. None of these changes will have an impact on gameplay. We have examples of these changes at the bottom of the blog.”

“We will not change the core of the game. We have a commitment to ensure that the Rainbow Six Siege experience remains true to its roots. We are adjusting art and visuals, but are not compromising what makes Rainbow Six Siege the game you know today.”

Changes that you can expect to find are; 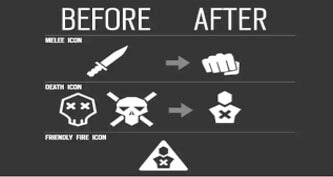 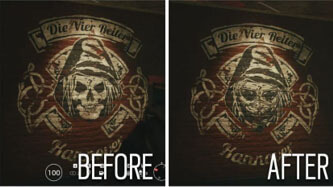 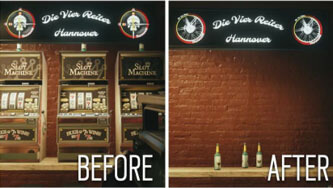 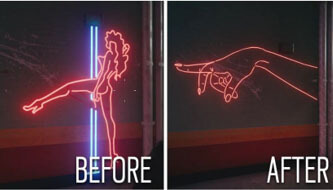 But Why Change Now?

If you’re among the many people wonder why the changes are required after three years of the game being on the market, it’s because the changes will prevent the game from requiring multiple versions for various country regulations. A slight reassurance from Ubisoft is that the Rainbow Six Siege Experience will not be hit with any changes, only cosmetic ones. So, when can you expect to find the changes? The date hasn’t been finalised as of yet and players can carry on enjoying the content as it currently stands, but this hasn’t stopped the ‘Siege’ community voicing their utter disbelief and concerns.